More Details And Analysis On The Stimulus Bill

It passed in the House of Representatives yesterday. It is 647 pages long. This New York Times article, Components of Stimulus Vary in Speed and Efficiency, has what seems like a good over view in terms of facts and analysis. But when the whole thing is 647 pages, who knows.

But the same concerns apply that I mentioned last week. Getting the policies to work at the right time due to policy lags. There is also the issue of who will fill the jobs that the government creates, people currently unemployed or those currently unemployed. The economist Gary Becker has pointed out

"Some of this infrastructure spending may be very worthwhile-I return to this issue a bit later- but however merited, it is difficult to believe that they would provide much of a stimulus to the economy. Expansion of the health sector, for example, will add jobs to this sector, but it will do this mainly by drawing people into the health care sector who are presently employed in jobs outside this sector. This is because unemployment rates among health care workers are quite low, and most of the unemployed who had worked in construction, finance, or manufacturing are unlikely to qualify as health care workers without considerable additional training. This same conclusion applies to spending on expanding broadband, to make the energy used greener, to encourage new technologies and more research, and to improve teaching."

As some of my students know, different resources are better suited to different productive activities (which explains why the law of increasing opportunity cost is true). Alot of the workers who have lost their jobs are construction workers and only some of the stimulus can use their skills.
Posted by Cyril Morong at 9:21 AM 5 comments: 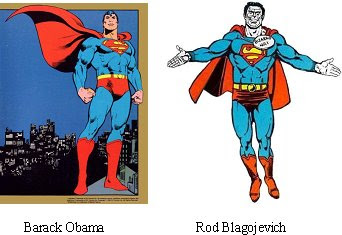 Some Basics On The Proposed Stimulus

There is an article called Stimulus 101: What's in the Bills. Its give a summary of what has been proposed plus the pros and cons.
Posted by Cyril Morong at 8:20 PM No comments:

To find out why, go to Worker Tax Cut: Maybe Not so Immediate. This is really just another version of the post I had a few days ago on the policy lag problem. The government might want to help the economy, but it takes time for the policies to be put in place and have an effect.
Posted by Cyril Morong at 7:45 PM No comments:

To read about this go to Job losses hitting men harder than women. Here are some key exerpts:

"The economic crisis is hitting men much harder than women in the workplace, largely because male-dominated industries like construction and transportation are bearing the brunt of job losses, figures show.

Four-fifths of the 2.74 million people who lost their jobs between November 2007 and November 2008 were men, Sum said.

"Males were dominant in sectors that were taking a bad hit," he said. "It's men and the blue-collar jobs. It's overwhelming."

I am curious if any of my students have gotten laid off and whether you are male or female. Also, what about friends, relatives, co-workers, etc? Does it seem like more men or women are getting laid off? Of course, San Antonio has not been doing as badly as the rest of the country. In November, the national unemployment rate was 6.8% while it was 5.4% in San Antonio. The national rate went up to 7.2% in January.
Posted by Cyril Morong at 10:58 AM No comments:

Some Of Obama's Economic Policies Might Take Too Long To Help

You probably know that we are in a recession. Unemployment is at 7.2%, the highest in 15 years. As my macro students will learn later this semester, increasing aggregate demand (AD) through government spending can help the economy in recessions. But only if that spending hits the economy at the right time.

To read about the problems that Obama's policies might have, go to Much in Obama stimulus bill won't hit economy soon. Here are some key exerpts:

"It will take years before an infrastructure spending program proposed by President-elect Barack Obama will boost the economy, according to congressional economists.

The economy has been in recession for more than a year, but many economists believe a recovery may begin by the end of 2009. That would mean that most of the infrastructure money wouldn't hit the economy until it's already on the mend.

Overall, only $26 billion out of $274 billion in infrastructure spending would be delivered into the economy by the Sept. 30 end of the budget year, just 7 percent. Just one in seven dollars of a huge $18.5 billion investment in energy efficiency and renewable energy programs would be spent within a year and a half.

And other pieces, such as efforts to bring broadband Internet service to rural and underserved areas won't get started in earnest for years, while just one-fourth of clean drinking water projects can be completed by October of next year."

The parts that will hit the economy quickly are the tax cuts and aid to states, who are facing budget problems due to lower tax revenue, which always happens in recessions. Later in the semester, we will also learn about something called the "policy lag problem."

A group of economists called the Monetarists believe that when a recession occurs, it takes too long for the government to recognize it and take action to end it. The action will probably cause AD to increase when the economy is already back to the full-employment GDP. This is called the Policy Lag Problem. Here is how it works:

A recession begins (the economy produces less and workers are laid off) and at least 6 months later, the government finally recognizes that we are in a recession, so there is a Recognition Lag.

A few months later (maybe more), the government finally decides to do something about the recession (it can take time for Congress to pass a spending bill), so there is a Decision Making Lag.

A few months later (maybe more), the government implements the spending plan (maybe Congress passed a spending bill for highways and companies have to be found, bids taken and so on), so there is an Implementation Lag.

A few months later (maybe more), the government spending finally has an effect on the economy (AD increases), so there is a Effectiveness Lag. By this time, the economy is normal or back to full-employment. Then alot of spending hits the economy. This could cause inflation. Inflation is too many dollars chasing too few goods. If there is too much money in the economy, prices rise.
Posted by Cyril Morong at 8:08 AM No comments:

To read about this go to Top Budget Travel Destinations for 2009: The best value hot spots for the New Year. But if people really believe this and many of them go to Austin for fun or a vacation, things won't be very fun due to the crowds (which reminds me of something that Yogi Berra said about a restaurant: "nobody goes there anymore, it's too crowded").

This also illustrates what economist Steven Landsburg calls the "Indifference Principle." "Except when people have unusual tastes or unusual talents, all activities must be equally desirable." This applies to Austin or any of the other cities on the list in the article. Once everyone sees Austin as a good deal, they start going there. Only people with unusual tastes will really enjoy it. That is, you will have to like what Austin has to offer alot more than the average person or the crowds will erode your enjoyment. Austin won't be any better than anywhere else for a vacation. Other places will be just as desirable.
Posted by Cyril Morong at 7:37 PM No comments:

Touching A Product Makes You More Likely To Buy It

That is the finding of an interesting study. Click on Study: You Touch It, You Buy It to read about it. This exerpt gives the basic idea:

"Participants in the study were shown an inexpensive coffee mug, and were allowed to hold it either for 10 seconds or 30 seconds. They were then allowed to bid for the mug in either a closed (where bids could not be seen) or open (where they could be seen) auction. The participants were told the retail value of the mug before bidding began ($3.95 in the closed auction; $4.95 in the open auction). The study, detailed in the August 2008 issue of the journal Judgment and Decision Making, found that on average, people who held the mug for longer bid more for it - $3.91 to $2.44 in the case of the open auction and $3.07 to $2.24 in the closed. In fact, people who held the mug for 30 seconds bid more than the retail price four out of seven times."

I am curious if any of my students have had experiences like this. Have you noticed buying something because you touched it? If so, why? Anybody work in a store where you encourage customers to touch the merchandise?
Posted by Cyril Morong at 3:06 PM 4 comments: