"This idea of forcing one’s own future behavior dates back in our culture at least to Odysseus, who had his crew tie him to the ship’s mast so he wouldn’t be tempted by the sirens; and Cortes, who burned his ships to show his army that there would be no going back.

Economists call this method of pushing your future self into some behavior a “commitment device.” [Related: a Freakonomics podcast on the topic is called "Save Me From Myself."] From my WSJ op-ed:


Most of us don’t have crews and soldiers at our disposal, but many people still find ways to influence their future selves. Some compulsive shoppers will freeze their credit cards in blocks of ice to make sure they can’t get at them too readily when tempted. Some who are particularly prone to the siren song of their pillows in the morning place their alarm clock far from their bed, on the other side of the room, forcing their future self out of bed to shut it off. When MIT graduate student Guri Nanda developed an alarm clock, Clocky, that rolls off a night stand and hides when it goes off, the market beat a path to her door."

See What Can We Learn From Congress and African Farmers About Losing Weight?

Something like this came up recently in the New York Times, in reference to factory work and the Industrial Revolution. See Looking at Productivity as a State of Mind. From the NY Times, 9-27. By SENDHIL MULLAINATHAN, a professor of economics at Harvard. Excerpts:


"Greg Clark, a professor of economics at the University of California, Davis, has gone so far as to argue that the Industrial Revolution was in part a self-control revolution. Many economists, beginning with Adam Smith, have argued that factories — an important innovation of the Industrial Revolution — blossomed because they allowed workers to specialize and be more productive.

Professor Clark argues that work rules truly differentiated the factory. People working at home could start and finish when they wanted, a very appealing sort of flexibility, but it had a major drawback, he said. People ended up doing less work that way.

Factories imposed discipline. They enforced strict work hours. There were rules for when you could go home and for when you had to show up at the beginning of your shift. If you arrived late you could be locked out for the day. For workers being paid piece rates, this certainly got them up and at work on time. You can even see something similar with the assembly line. Those operations dictate a certain pace of work. Like a running partner, an assembly line enforces a certain speed.

As Professor Clark provocatively puts it: “Workers effectively hired capitalists to make them work harder. They lacked the self-control to achieve higher earnings on their own.”

The data entry workers in our study, centuries later, might have agreed with that statement. In fact, 73 percent of them did agree to this statement: “It would be good if there were rules against being absent because it would help me come to work more often.”"

The workers, like Odyssues, tied themselves to the mast to resist the temptation of slacking. This made it possible for factories to generate the large output of the Industrial Revolution.
Posted by Cyril Morong at 6:33 AM No comments:

In my micro classes we recently played a Prisoner's Dilemma game. It relates to what might happen in an oligopoly (an industry with just a few firms). If two firms, like Ford and GM, both charge a high price, their profits will be high. But they each have a temptation to charge a lower price to make more profit (if they other firm does not lower their price).

What if they both charge $10,000? (we can expect the other firm to lower their price, since they do not want to make zero profit). Then they each make only $1 billion in profit.

Of course, cooperating on price is against the law (anti-trust laws, that is). So both Ford and GM can never really know if the other will keep charging $20,000. Then they both end up with less profit than if they charge $20,000. When they both charge $10,000, it is a "dominant strategy Nash equilibrium." (named after John Nash, the mathematician who won a Nobel Prize in economics and was portrayed by Russell Crowe in the movie "A Beautiful Mind")Click here to read how the movie presented some misleading views on Adam Smith and economics.

The same thing happens in the prisoner's dilemma in the link above. Two criminals are being questioned about a crime in separate rooms and they can't talk to each other. If they both deny doing the crime, they will get some jail time. But they each have a temptation to confess to get less time no matter what the other guy does. But, if they both deny they did it, they would each get less time than if they both confess.

If they could each think of the well being of their two person group (like Ford and GM), they would do better. But that is hard if you don't know for sure what the other person will do.
Posted by Cyril Morong at 7:26 AM No comments:

I went to a site from the OECD. Click here to go to that site. I compiled the annual inflation rate for a number of countries each year from 1996-2015. Click here to see that data.

The USA and other large industrial countries that tend to make up the OECD have generally had low inflation rates in recent years. Only once since 2002 has the OECD average been above 3.0%. That was in 2008 (3.7%).

They are Oliver Hart and Bengt Holmström.

For more information about them see  Economics Nobel Rewards Theories Worth Building On by Tyler Cowen writing for Bloomberg New. Here is an excerpt from his article:

"Hart, in a series of papers with co-authors, tried to figure out when one company should buy out the assets of another company. Mergers and acquisitions are common, but when do they maximize business value? Hart was able to figure out how ownership transfers influence earlier decisions to invest in the value of company assets. For instance, if Bayer buys out Monsanto, the incentives for the former managers to add value may go up, and for the latter managers the incentives may go down. The success of the merger may depend on whether the gain here outweighs the loss. In a related paper, Hart helped devise a technical language for analyzing when too many potential veto points in a business deal can block progress.

Hart, again with co-authors, also wrote a seminal paper on when we should prefer government over private-sector ownership. Most of us prefer to eat in private rather than government-owned restaurants because we believe we’ll get lower costs, tastier food, and more innovation. At the same time, private prisons may not be such a great idea. Prison companies will try to cut costs, but the result may be facilities that are insufficiently humane. Sometimes the apparently inefficient bureaucracy does a better job helping to meet social goals.

It's a longstanding question why corporate takeovers don’t do a better job in disciplining bad managers. Hart, with Sanford Grossman, wrote the most influential paper on that question. Say a share is selling for $80 but a corporate raider can make the company worth $100 a share.

Shareholders might resist a bid for $90, hoping to hang on for the ride and get the full $100 in value. Maybe not enough people will sell, and so a value-enhancing takeover doesn’t always happen; a similar logic explains why urban renewal, through “buying out a block,” sometimes fails as well.

Holmström has worked on closely parallel issues of contracts and corporations. Let’s say you are designing a contract for a worker or for that matter a chief executive officer. How much should you reward for perceptions of effort and how much should you reward for some measure of successful outcomes, such as measured profit or the success of that worker’s division? Holmström created the technical language that made systematic progress on these questions possible, and he also showed why you might wish to reward on both bases.

A related question is how much risk you should place on the party you are contracting with. Insurance companies face this problem when they try to calculate an optimal deductible. A higher medical-insurance deductible will reduce the number of unnecessary doctor visits, but also lower the value of the insurance by putting more financial risk on the patient. Holmström showed that there isn’t a rigorous way to get this trade-off just right.

Both economists showed us how hard it is to write truly well-functioning contracts, because solving one incentive problem often creates another. Perhaps most importantly, they created the systematic formal language for demonstrating why this has to be the case.

For another specific example, Holmström analyzed why “career concerns” can induce employees to send off false signals of value rather than doing their jobs properly. In other cases, a worker may shirk so that the boss doesn’t discover how talented she is. Revealing one’s full level of talent sometimes just allows the boss to extract more effort."


See also  Oliver Hart and Bengt Holmstrom Win Nobel in Economics for Work on Contracts by BINYAMIN APPELBAUM of the NY Times. Excerpts:

"Economists since Adam Smith have grappled with the conflicts inherent in the relationship between owners and employees. Dr. Holmstrom’s work, beginning in the late 1970s, presented evidence that companies should tie pay to the broadest possible evaluation of an employee’s performance. In later work, he focused on the benefits of simple contracts that mixed base pay with limited incentives.

Dr. Hart’s work begins from the observation that contracts are incomplete instruction manuals. They cannot specify what to do in every case. Instead, they must stipulate how decisions should be made.

“His research provides us with theoretical tools for studying questions such as which kinds of companies should merge, the proper mix of debt and equity financing, and which institutions such as schools or prisons ought to be privately or publicly owned,” the academy said in a summary of his work."

"One implication of Dr. Holmstrom’s work is that it makes sense to withhold some compensation for a time, to evaluate the results of a manager’s work.


Companies have turned increasingly to this kind of deferred compensation, particularly for senior executives.

But his influence on compensation practices is limited. He has argued, for example, that companies should tie such evaluations to the stock market performance of their industry rather than focusing solely on the company’s own stock price. It makes little sense to reward an executive for gains that reflect a broader change in the industry’s fortunes, or to punish executives for setbacks beyond their control. But such advice has not become common practice."

And here is something Tyler Cown wrote on his blog:

"If you are thinking about CEO compensation, you might turn to the work of Holmström,  the Swedes have a good summary of this paper and point:

That is again a result about how incentives and insurance interact.  When do you pay based on perceived effort, and when on the basis of observed outcomes, such as profits or share price?  Holmström has been the number one theorist in helping to address issues of this kind."

Posted by Cyril Morong at 7:14 AM No comments:

Here is the timeline chart 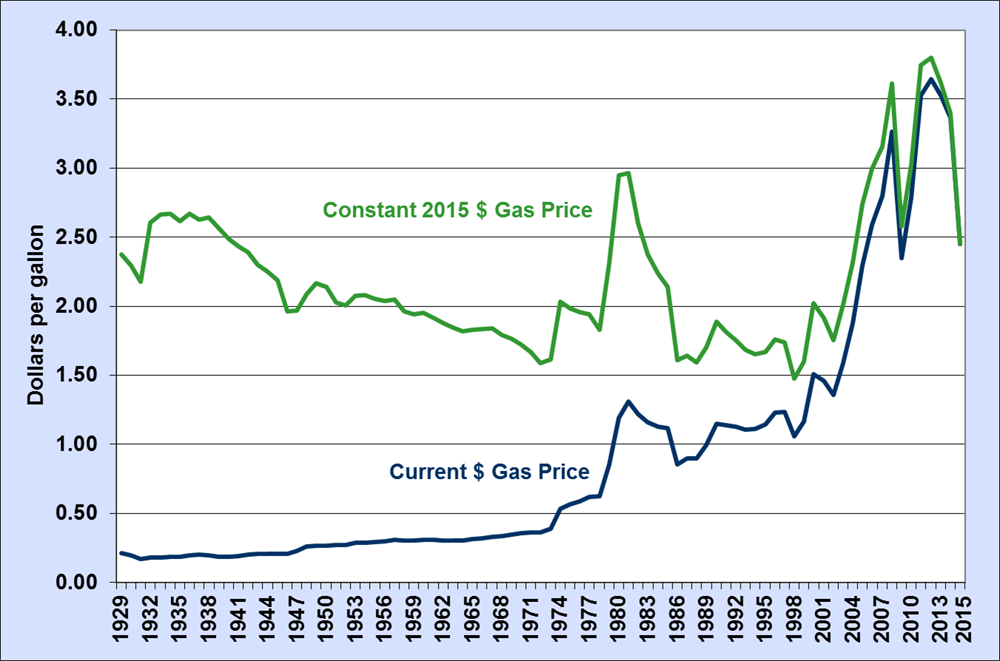 Posted by Cyril Morong at 2:22 PM No comments: