Real Per Capita GDP Over Time

I used data from the Commerce Department's Bureau of Economic Analysis. The graph below shows GDP per capita in 2005 dollars since 1929. It has increased 2.06% per year, on average, since 1929 (that is a compound annual rate, as are the others I mention below). 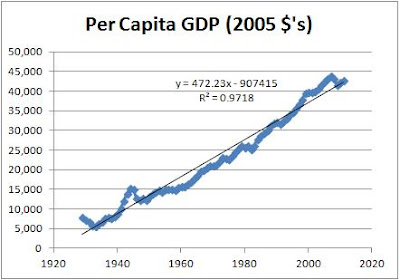 I also wondered how much it was per worker. Starting in 1946, the Bureau of Labor Statistics started counting only workers who were 16 or older. So I start there. Real GDP per worker since then has increased 1.67% a year, on average.
﻿ 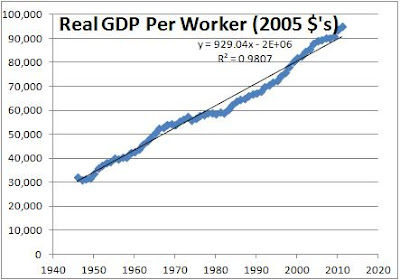 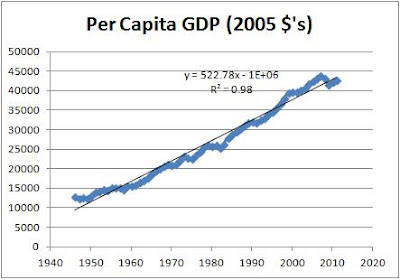 Interesting graphs here, so workers over 16 practically produce GDP at a rate twice the per capita GDP. I'm sure this is because 15 and under a thrown into the second equation. Its not bad that we produce 2 - 2.5 times what we actually get paid. It is just my interpretation from the 2nd and 3rd graphs.