In Mexico, US energy firms face a 'slow rolling expropriation'

By James Osborne. This article appeared in the San Antonio Express-News in Dec. 2020.

I use the book The Economics of Macro Issues. Chapter 1 is called "Rich Nation, Poor Nation." The chapter discussed how nations with common law systems, where property rights are better protected than in nations with civil law systems, have higher growth rates.

Private firms are more willing to make long term investments in common law systems (compared to what they call civil law systems). But if Mexico, an example of a civil law system, starts taking over or trying to control the assets of foreign energy companies, it may hurt investment in the long run.

This will slow down economic growth. I pointed out to my classes that even a small difference in growth rates ends up causing a very big difference in per capita incomes due to the annual compounding effect. 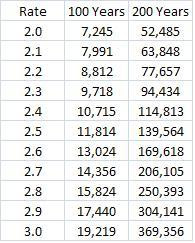 In the 8th edition of the book, it says that "if Mexico had developed the same political and legal institutions that the United States has enjoyed, per capita income in Mexico today would be equal to that in the United States." (Mexico was at $18,000 and the U.S. was at $56,000).

"Foreign energy companies that began flocking to Mexico six years ago after the government opened energy markets and ended a nearly century-old state-run monopoly are finding themselves increasingly unwelcome.

Even after tens of billions of dollars in investment, U.S.-branded gasoline stations in Mexico are being cited for minor or nonexistent infractions, while fuel from U.S. refineries is being held up at the border, the trade group American Fuel and Petrochemical Manufacturers says. Government officials are withholding permits on fuel storage facilities without explanation. Laws have been changed to favor the state-owned oil company Pemex.

Mexican President Andres Manuel Lopez Obrador has never been shy in expressing his displeasure with the 2014 energy reforms, making the case that Pemex and Mexican workers should be the beneficiaries of the nation’s energy industry, not foreign companies.

Such protectionist policies helped Lopez Obrador win election two years ago. Since then, he has scaled back lease sales in the Gulf of Mexico to foreign oil and gas companies and undermined other energy reforms put in place by his predecessor, Enrique Pena Nieto.

Those reforms were enacted through a constitutional amendment, so Lopez Obrador, for now, is powerless to overturn them outright. Instead, he has thwarted foreign energy companies through the federal bureaucracy.

Last year, the Mexican Energy Regulatory Commission did away with a rule blocking Pemex from selling gasoline below market rates and undercutting its competition. This summer, a new law required fuel distributors to maintain at least five days of fuel in storage even as government officials held up applications for new storage facilities — forcing foreign companies to pay Pemex to use its facilities."

"In July, the Mexican government ordered Talos Energy to work with Pemex in developing a massive oil field in the Gulf of Mexico, which the Houston firm had discovered three years earlier after winning what had appeared exclusive drilling rights at a government auction.

“The government is sending the message even if you make a big discovery you’re not going to be able to develop it without Pemex,” said Ben Cahill, senior fellow at the Washington think tank Center for Strategic and International Studies."

"Mexico nationalized the oil industry in 1938, part of a wave of expropriations that swept South America and the Middle East. But as the decades wore on, Pemex struggled to keep pace with the advancing oil and gas industry, drawing criticism it had become bloated and inefficient and prompting the market reforms."

"Last year, Mexico produced 1.9 million barrels of oil and petroleum products per day, a decline of more than 30 percent from a decade ago. Pemex refineries are not only aging and inefficient, but many top executives have left the company following Lopez Obrador’s move to cap executive salaries there, said John Auers, an energy consultant with Dallas-based Turner & Mason."